Time spent outdoors can be good for the planet. When we nurture our connection to nature and recognise the benefits it brings us, we are more likely to want to defend it.

First-hand experience of the outside world has been diminishing for a lot of people. For instance, it was estimated in 2018 that the average UK resident spends 90% of their time indoors. This is leading to an increasing void between us and the natural world, which isn’t great for our health, our values or the planet.

Adventurers know that there is in fact no true separation between people and nature other than our own constructs. We remain a part of nature, and nature remains a part of us. The natural world, after all, is still responsible for the things we need to survive: food, water, clean air, the list goes on. More subtly, but still very importantly, nature has a massive impact on our state of mind.

We know that being outside in wild places makes us feel good. Even twenty minutes in a park can make you happier. It turns out our brains even function a little differently when we’re outside. One study found that being outside led to frontal lobe activity decreasing and alpha waves increasing, which overall led to a more meditative but alert state.

The Power of Time Spent in Nature

The Nordic concept of friluftsliv perhaps best encapsulates how time in the great outdoors helps towards a fulfilling lifestyle. Coined by Norwegian poet Henrik Ibsen in the 1950s, the expression translates as ‘open-air-living’, and neatly describes the noticeable spirit-lifting effects of spending time getting out and about in nature.

Scandinavians take the phrase to heart: even with recent urbanisation, the concept is still practiced within daily routines, working patterns, and time off. And it goes to show: Nordic countries are consistently ranked among the countries with the highest quality of life. In fact, all the countries that tend to score highly - from Canada to New Zealand - have a culture of spending decent tracts of time outdoors.

The value of time away from urban environments is recognised across cultures. In Japan, the term shinrin yoku refers to ‘forest bathing’ - simply immersing oneself in wild environments. This term is less exercise-focused, but instead recognises the effects of simply existing in nature.

And though this may seem a largely spiritual endeavour, it brings measurable benefits to health. One study found that engaging in shinrin yoku led to lower blood pressure, less stress, and nerve activity associated with more beneficial feelings. Across the board, the science is pretty clear: time in nature is good for you.

Protecting What We Love

Of course, adventurers are well aware that time outdoors is time well spent - you don’t need lessons from Japan or Scandinavia to know that. But there is more to it than this simple conclusion. These benefits we feel needn’t only be limited to our wellbeing.

We value the things that make us feel good, and when we value something, we strive to protect it. It makes sense, we pay for house insurance on our home to protect it, we look after our gardens because being in them feels good. Natural places have been severely under-valued as industrialisation and urbanisation have got underway across the world, leading to tragic losses. Now, perhaps, there is an opportunity to change this.

‘Outdoorsy people’ tend to be less likely to litter and often think about more sustainable ways to live, but what if we all became outdoorsy? If we all collectively noticed how good the outdoors made us feel, nurtured our connection to it, wouldn’t we be more inclined to save it?

The pandemic led to many leisure pursuits, such as eating out or seeing a film, becoming impossible. Instead, people found themselves spending more leisure time in the great outdoors. One study from Vermont found that along with spending significantly more time outside, people also reported it led to improvements in wellbeing and an increased connectedness to nature.

This could be the start of a new value system. When people realise how much natural spaces benefit them directly - simply by being in these spaces - they will rise up the public agenda. Decisions to destroy or degrade natural places for other purposes will face greater opposition. Discussions about bringing nature back to degraded landscapes, such as through rewilding, will grow increasingly fruitful. By prioritising what makes us feel good, physically, mentally, and spiritually, we can create a richer and more rewarding world. 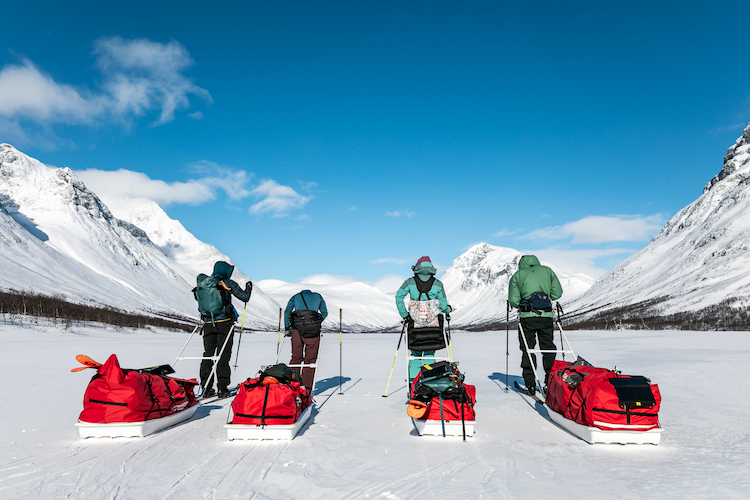